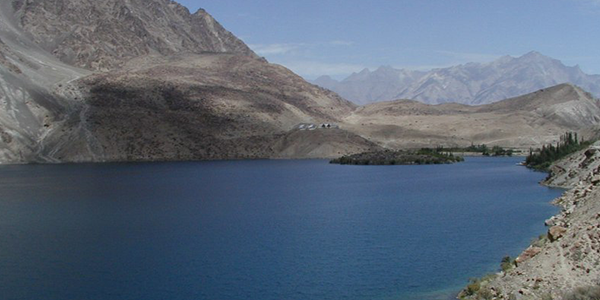 Water is one of the fundamental factors which  form web of life. Twofold pressure of population growth and  increased hydro-variability has complicated  considerably management of water resources around the globe especially  in the countries like Pakistan   that rank high on  Climate Vulnerability Index.

Annual Plan for financial year 2019-20, formulated by the Planning Commission , Ministry of Planning, Development and Reform of the Federal Government,  in line with  12th Five Year Plan and the National Water Policy 2018  aims at system  augmentation  and  efficiency enhancement . The Annual Plan accordingly prioritized  and has lined up  investments  to create new storage  facilities,  adoption of water conservation measures, increasing water  use efficiency  with a  with a broader objective  of achieving  water-energy-food security.

At least nine major water sector projects are presently under implementation in different parts of the country. Details of these projects are given below for the information of all those who are concerned about increasing depleting water resources of the country with every passing day.

Basha Dam (Dam Part only) in located in Khyber Pukhtoonkhwah and Gilgit-Baltistan, its approved estimated cost is Rs  479 million and its live storage is  6.40 million acres feet (MAF) of water. Executive Committee of the National Economic Council (ECNEC) had approved Dam part of the project on November 11, 2018. Out of the total cost of Rs 479 billion, Rs 232 billion will be  Federal  grant,  Rs 144 billion will be raised through commercial financing and Rs 98 billion will be WAPDA equity .Initial works are in progress.

Mohmand Dam Hydropower Project is located  in Mohmand district of Khyber Pukhtoonkhwah and approved cost of dam part is Rs 114285 million. Its live storage capacity is 0.676 MAF and it will irrigate  16737 acres  besides generating 80-0 megawatt of power. ECNEC had approved Phase-1 on June 30,2018 at a total cost of Rs  309.558 billion (Dam part, Power cost) and initial works   are in progress.

Gomal  Zam Dam is located in Khyber Pukhtoonkhwah. Its approved cost is Rs 20626  million,  live storage capacity is 0.892 MAF , it will irrigate  191119 acres and generate 17.4 megawatt of power. It has since been completed and works on Waran canal and Command Area  development are in progress.

Kachhi Canal (Phase-1) is located in Balochistan province. Its estimated cost is Rs 80352 million and it will irrigate  72000 acres of land.  All physical works have since been completed. Development of Phase-1 Command  Area  has to be expedited by the Provincial Government of Balochistan.

Darawat Dam is located in Sindh province, its approved cost is Rs 9300 million, its live storage capacity is 89192 Acres Feet and it will irrigate 25000 acres and generate 0.30 megawatt of power also. Its physical works have also been completed. Development of Command Area has to be expedited by Provincial Government of Sindh.

Nai Gaj Dam is also located in Sindh province. Its estimated approved cost is Rs 26236 million. Its live storage capacity is  160000 Acres Fee, it will irrigate  28800 acres and generate 4.2 megawatt of power. Its physical works up to the extent of 52 per cent have since been completed.

Kurram Tangi Dam (Phase-1, Kaitu Weir)  is located in Khyber Pukhtoonkhwah province. Its approved cost is Rs 21059 million,  live storage capacity is 0.90 MAF . It will irrigate  84800 acres new and  278000 acres existing and also generate 18.9 megawatt of power. Its  31 per cent physical works have been completed by now.

Naulong  Dam is located in Balochistan province. Its approved estimated cost is Rs 18027 million, live storage capacity  0.20 MAF and it will be irrigating 47000 acres of land  and generate 4.4 megawatt of power as well.

RBOD -1 has been completed to the extent of  85 per cent , RBOD -11 72 per cent and RBOD-111 86 per cent according to the latest facts and figures available about implementation of this project which has been in the pipeline for many years  to reach this near completion stage.