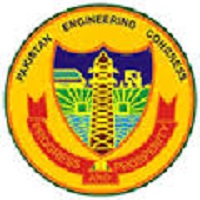 Pakistan Engineering Congress holds three-day 74th Annual Session of the Pakistan Engineering Congress.  Engr. Shamsulmulk, former chairman WAPDA and former chief minister KPK was the chief guest. The event was a galaxy of a number of senior professionals from different high esteemed organizations. The three day event was full of activities and technical sessions covering some very important topics and concluding with some logical suggestions. The event included 6 technical sessions on water resources, irrigation, floods, geotechnical, ground water and miscellaneous. A symposium on the “impact of infrastructure development and Pakistan economy” was also part of the gorgeous event.

Addressing the opening session of the Pakistan Engineering Congress, Shamsul Mulk said Pakistan was losing huge money due to non-existence of the KBD which could produce power at Rs1.5 per unit. The Tarbela and Mangla Dams were generating electricity at Rs1.5 per unit even today. Enumerating the benefits of water reservoirs to cater to the country’s needs, he stressed the need for initiating construction work on the Kalabagh Dam (KBD) without delay. In the absence of the KBD, do far the country had to bear an accumulative loss of Rs 196 billion annually – Rs 100 billion Punjab, Rs 60 billion Sindh and Rs 36 billion KP. He accused India of this conspiracy, alleging that “water policy is formed in New Delhi and our people are on the payroll of India and delaying the KBD construction”.

He said the water policy is simply non-existent in Pakistan. He said the authorities appeared to lack political will to tackle the problem. There were no proper water storage facilities in the country. Pakistan had not built new dams since 1960.

The biggest beneficiary of the KBD would be DI Khan where around 800,000 acres of arable land would be able to be cultivated. The area being 150 feet higher than the Indus River could only be cultivated economically with the construction of the KBD. The KBD would save DI Khan, Punjab and Sindh from floods. It would help reduce power shortage to a great extent by providing cheap and environment-friendly electricity.

In his welcome address, PEC President Engr Ghulam Hussain said the PEC recommends that the policy of hydel power generation should be adopted as a long-term policy. Construction of a cascade of mega storage and hydropower projects on the Indus River comprising Diamer Basha, Kalabagh Dam. Akhori Dam and Dasu, Pattan, Thakot and Bunji Hydropower Projects will provide a very strong base for agricultural and industrial development of the country.

He said: “Our population is growing rapidly and our needs for food and other agricultural products have greatly increased. God has blessed Pakistan with land, large rivers, excellent climate and hardworking people yet we continue to remain importers of edible oil, tea and other commodities. We have virtually clamped down on further development of major water storages for the last 40 years. The cumulative storage capacity of the major water reservoirs including Mangla and Tarbela has decreased by 25 per cent because of sedimentation.”

He said the Wapda through various studies identified that Pakistan had potential of 60,000 MW hydel generations. Within another five to ten years, the shortage of canal irrigation water would become a serious issue, let alone the demand for water supplies by cities and industry, he added.

The Pakistan is among lowest ranked countries in ‘global infrastructure ranking’ though the country has invested heavily in public infrastructure development.

These views were expressed by the speakers at a symposium on the subject of ‘Impact of Infrastructure development on Pakistan Economic Growth’. The Symposium was part of Pakistan Engineering Congress’s three day event.

The speakers recommended the government to take aggressive steps to improve quality of infrastructure to fulfill the requirement of economic growth at high rate. Moreover, effective planning to ensure usefulness and fully utilization of infrastructure is essential to optimize the benefits in terms of GDP growth, they added.

“India says it honours the Indus Waters Treaty. We accept their stance on the face value but ask them to proceed further and prove their stance practically with the implementation of the treaty,” said Pakistan Indus Waters Commissioner Mirza Asif Baig while talking to the media after the three-day 74th Annual Session of the Pakistan Engineering Congress.

He said Pakistan had raised objections to technical designs of Kishenganga and Ratle hydro power projects being built by India one on the Chenab river and the other on the Jhelum river, arguing that the designs were not in line with the provisions of the Indus Waters Treaty.