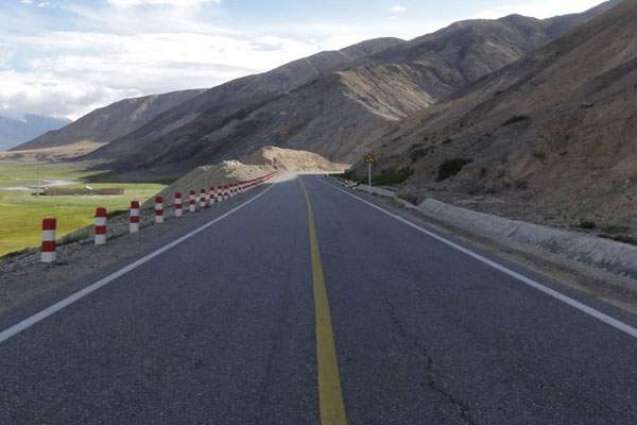 Sustainable economic development of Pakistan  is quite obviously dependent on a robust and low-cost  transport and logistics sector. The federal government  is fully aware  of the vital role  the transport and logistics sector plays in the national economic development and in improving  the competitiveness  in exports from the country to foreign countries across the globe.

National Highway Authority (NHA) is playing a vital role  in improving  the quality of Pakistan’s  road network, which entails in improving the quality and standard of  life of the people apart from  creating employment opportunities.

Presently the NHA network  comprises of 47 national highways, motorways, expressways and strategic roads. Current length of this  network is  12743 kilometers. NHA’s existing portfolio  consists of as many as 40  ongoing projects involving total estimated cost of Rs 1423096.930 million  including foreign aid of Rs 455194.000 million . An estimated expenditure of Rs 892897.202 million was reported t0 been incurred on continued implementation of these projects by June 2019.  Against throw forward of 530201.569 million, NHA has been allocated Rs 117514.835 million  including foreign aid of Rs 57371.910 million for their continued implementation carrying them to varying levels of  completion under the Public Sector Development Programme (PSDP)  2019-20.

Additionally, another 42 development projects, mostly with unapproved status,  have also been listed in the PSDP for current financial year involving total estimated cost of Rs 636320.500 million including foreign aid of Rs 14110.000 million and allocated Rs 38952.900 million for accelerated pace of expanding road linkage in the rural and urban areas of the country.

Through the great game changer China-Pakistan Economic Corridor (CPEC), NHA is connecting Khunjrab  to Gwadar . Currently there are number of ongoing CPEC Short, Medium and Long Term projects  worth as much as Rs 700 million which are related to NHA.

Other 8 projects which are at either at planning stage, under construction and   substantially completed include  Raikot-Thakot( N-35), Thakot-Havelian (E-35), Gojra-Khanewal (M-4, Multan-Sukkur (M-5),Sukkur-Hyderabad (M-6), Shikarpur-Ratodero (N-55) and Basasima-Hoshab (N-30).All these are scheduled to be completed between 2020 to 2023.

There are six Short to Medium Projects (Western Alignment). Out of these Surab-Hoshab (N-85) and Hoshab-Gwadar(N-8) have been completed and other 4 are in various stages of planning , approval and under construction  and include Hakla (Islamabad)- Yarik (D.I.Khan), Yarik-Zhob (N-50), Zhob-Quetta( N-5) and Quetta-Khuzdar( (N-25).  All these projects are also expected to be completed by 2023.

And, there are also another  3 Medium to Long Term Projects (Central Alignment)  all of which are at Feasibility Study Plan in 2025 stage and their indicative implementation period is between 2025 to 2030. These are 229 kms long Dera Ismail Khan-Dera Gazi Khan,  303 kms long D.G.Khan- Dera Allah Yar and 94 kms long Dera Allah Yar-Wangu Hills.

Lengths of projects completed or under production  under Eastern and Western Alignments Projects  have been avoided to avoid too much figures to the extent possible.