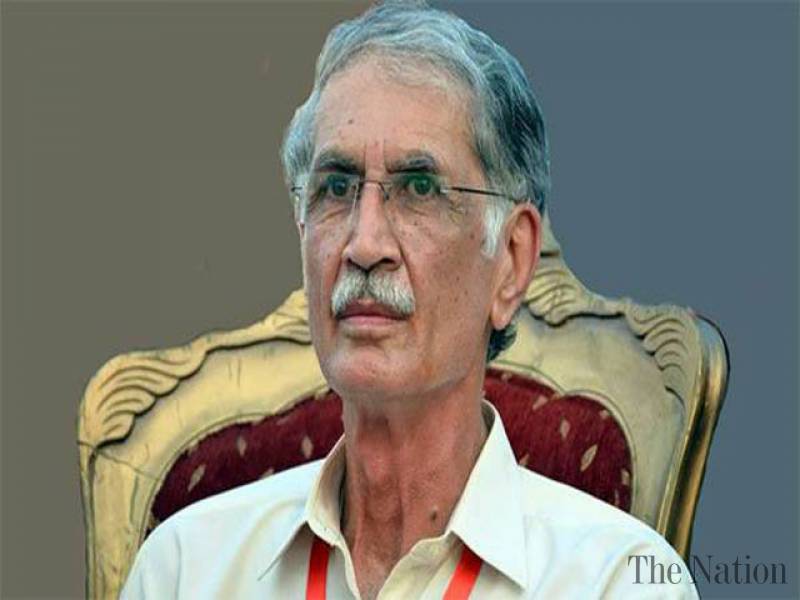 These demands were presented at a public hearing held in Nepra under the chairmanship of Vice Chairman Saif Ullah Chatha on bulk supply tariff petition of Wapda hydroelectric. Wapad’s case was presented by Chief Financial Officer Anwar ul-Haq, whereas Shumail Butt Legal Advisor to the KPK governments presented the viewpoint of provincial government.

KPK Chief Minister Pervez Khattak along with cabinet members, government allies and representatives of opposition parties were also present during the hearing.

NEPRA allowed the revised amount of NHP Rs 18.704 billion to the KPK province against previously allowed Rs 6 billion as an interim arrangement besides directing Wapda to bring the matter of NHP payable to provinces before the Council of Common Interests (CCI). A total amount of Rs 70 billion has been agreed upon on account of arrears of uncapped NHP after reconciliation of mutual claims in the power sector between the two governments as full and final settlement.

Wapda, after seeking concurrence of CCI through the Ministry of Water & Power, filed a tariff petition for recovery of the arrears in four installments as follows: (i) Rs 25 billion in current fiscal year and (ii) Rs 15 billion each in the next three years Water & Power, to adjust NHP payable in next determination in the light of CCI decision.

Net generation of 33,598 GWh for FY 2017-18 has been estimated keeping in view the following factors: (i) average of last five-year generation; (ii) forecasted hydrology situation in the related year;(iii) additional generation from commissioning of Tarbela 4th Extenion and Golen Gol projects for the proportionate period at estimated utilization factors of the generating units after commissioning.

The representative of KPK government Shumail Butt said that KPK’s NHP case has been cleared from Nepra to CCI and President, saying that there is no hitch in implementation of Kazi Formula. He maintained that freezing of NHP is against the spirit of Kazi Formula.

He further stated that according to the Constitution, the amount of NHP is the right of the concerned province but unfortunately Wapda is giving only Rs 1.10 per unit to KPK whereas the remaining amount is being spent on expensive power projects in Punjab.

Appearing for the consumers, Barrister Asghar Khan argued before the NEPRA Authority that Wapda cannot operate under one (1) bulk generation license as under the NEPRA Act, each generation facility has to be separately licensed and it is mandatory for WAPDA to provide duly audited accounts or regulatory accounts for public and regulatory scrutiny. He further stated that the consumers of electricity cannot be burdened retrospectively with the arrears of the net hydel profit as this is contrary to the law, constitutional provisions and fundamental rights of the consumers.

Barrister Asghar Khan submitted at length that net hydel profits have to be calculated in accordance with the express and mandatory provisions of the Article 161 (2) of the Constitution which provides for methodology for determination of net hydel profits which cannot be converted into rate asset base by WAPDA or the regulator and charged again to the consumers; that power has been mandated to CCI in accordance with prescribed parameters.

He advocated the cause of the consumers by stating that once the tariff is paid by the consumers, they should not be burdened again with net hydel profit amount which is not a pass through otherwise it will result in unjust enrichment of the public sector entities at the cost of the consumers. He also maintained that any financial transfers taking place between the Federal Government and the Governments of a Province on account of net hydel profit should not be and cannot be passed on to the consumers as net hydel profit is an absolute amount and not based on kWh basis. He also pointed out that the institutions in the power sector are subject to control, directions and supervision of the CCI under Article 154 of the Constitution and being part of Part II of Federal Legislative List.

He lamented the practice of obtaining loans for payment of net hydel profit as being non-prudent utility practice and hence should not be allowed as part of tariff as it would be tantamount to rewarding inefficiency, mismanagement and willful loses of public sector entities.

KP Chief Minister Pervez Khattak also spoke in the public hearing and accused federal government of tampering with the minutes of the Council of Common Interests (CCI) and stated that he took up this issue in the previous meeting.

“Every time federal government changes the minutes of the CCI which is why I have to go through the minutes before the next meeting,” he added.

He said the decision of CCI had already been given on NHP and Presidential Order is in place, adding that now Nepra should announce its decision in accordance with Constitution and law. He was of the view that Rs 1.10 per unit NHP was temporary.

“We are just being given 8 percent and 10 percent which is unfair to the province. If one part is unable to use it then give to that part of the province where the system is better,” he added.

He said, presently projects of 4000MW are under construction in KPK whereas the province is also establishing projects of 600MW.