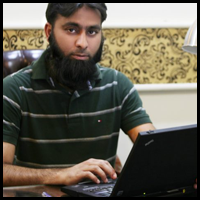 Construction of roads from waste plastic

Plastics are derived from natural, organic materials such as cellulose, coal, natural gas, salt and, of course, crude oil. Crude oil is a complex mixture of thousands of compounds and needs to be processed before it can be used. The production of plastic begins with the distillation of crude oil in an oil refinery. This separates the heavy crude oil into groups of lighter compounds, called fractions. Each fraction is a mixture of hydrocarbon chains (chemical compounds made up of carbon and hydrogen), which differ in terms of the size and structure of their molecules. One of these fractions, naphtha, is the crucial compound for the production of plastics.

Construction of roads from waste plastic is relatively a new idea. It was back in 1997 when Mr. Gary M. Fishback, Mr. Coyote, N. Mex, Mr. Hilary Stelmar, and Mr. Dennis M. Egan proved that road pavement is possible with plastic waste. These plastic roads are more weather resistant than the conventional roads constructed with bitumen. These roads have more useful life due to the fact that these roads do not absorb water and have a more flexible surface which means fewer repair works. The mixing of asphalt with melted plastic reduces the viscosity of the mixture which means lower temperature, lower carbon emissions, and lower Volatile organic compounds.

Only the selected type of plastics can be taken and used for a better asphalt mix. For example, plastic which will be selected has to be melt within the temperature that asphalt manufacturers used for asphalt. Asphalt manufacturers do not heat their asphalt above 180-degree Celsius otherwise the bitumen release harmful chemicals. So the polymer groups have melted point above 200 degrees Celsius cannot be used in the asphalt mix. That’s why only that plastic waste could to used which ensures that there are no microplastics present in the resulting asphalt. To lay a plastic road 6% of the bitumen content is replaced/extended with waste plastic. This accounts for approximately 3 kg replacement/extension is every 1000 kg of asphalt made, so waste plastics in a plastic road account for 0.3% of the total asphalt tonnage mix.

During the year 2011-12 in Jamshed Pur, India, a road of 12-15 kilometers with four meters width was constructed from waste plastic which helps to reduce 7% of bitumen. For every one kilometer approx. 01-ton bitumen was saved. During the year 2015, a highway was also constructed in Banglore, India where for every one-kilometer approximately 4000 tons of plastic waste was used for 1 km length with 4 meters width (Indiatimes.com). Same is the case in Indonesia the areas like Bali, Surabaya, Bekasi, Makassar, Solo where the roads were constructed from plastic waste. Another example can be seen at Zwolle, the northeast part of the Netherlands where a road for bicycles was constructed on 8th September 2018 by a Dutch company Volker Wessels. The plastic which is involved in this project is common post-consumer. In January 2019 the department of transport in the United Kingdom has also announced a budget of 1.6 million pounds sterling for trial construction of these roads. A company MacRebur won this contract.

The director of Airport pavement research program Mr. Dr. Greg White told that “The recycled plastic improved the deformation and fracture resistance, had mixed and minor effect on the moisture resistance and increased the structural contribution of the asphalt to the pavement. No adverse effect was detected with regard to toxic fume generation or hazardous leachate. It is recommended that recycled low melt-temperature plastic is used as an alternative to conventional polymers for bituminous binder extension and modification, particularly in high-stress areas, where resistance to deformation is important to long-term surface performance.”

According to the published research report of Dr. Greg White PhD, ME, M.Tech BE (Civil) director pavement research in University of the Sunshine Coast, Queens Land, Australia when these roads were tested in accordance with the modified Lottman test which is used to ensure the impact of moisture on any object the roads constructed with plastic wastes were found 100% durable and water resistant than conventional roads. The indirect tensile results of plastic roads in comparison with conventional roads at 20 degrees were also in the favor of plastic roads.

With the support of Pakistan’s government, the idea of plastic roads can be of great help in construction and saving.