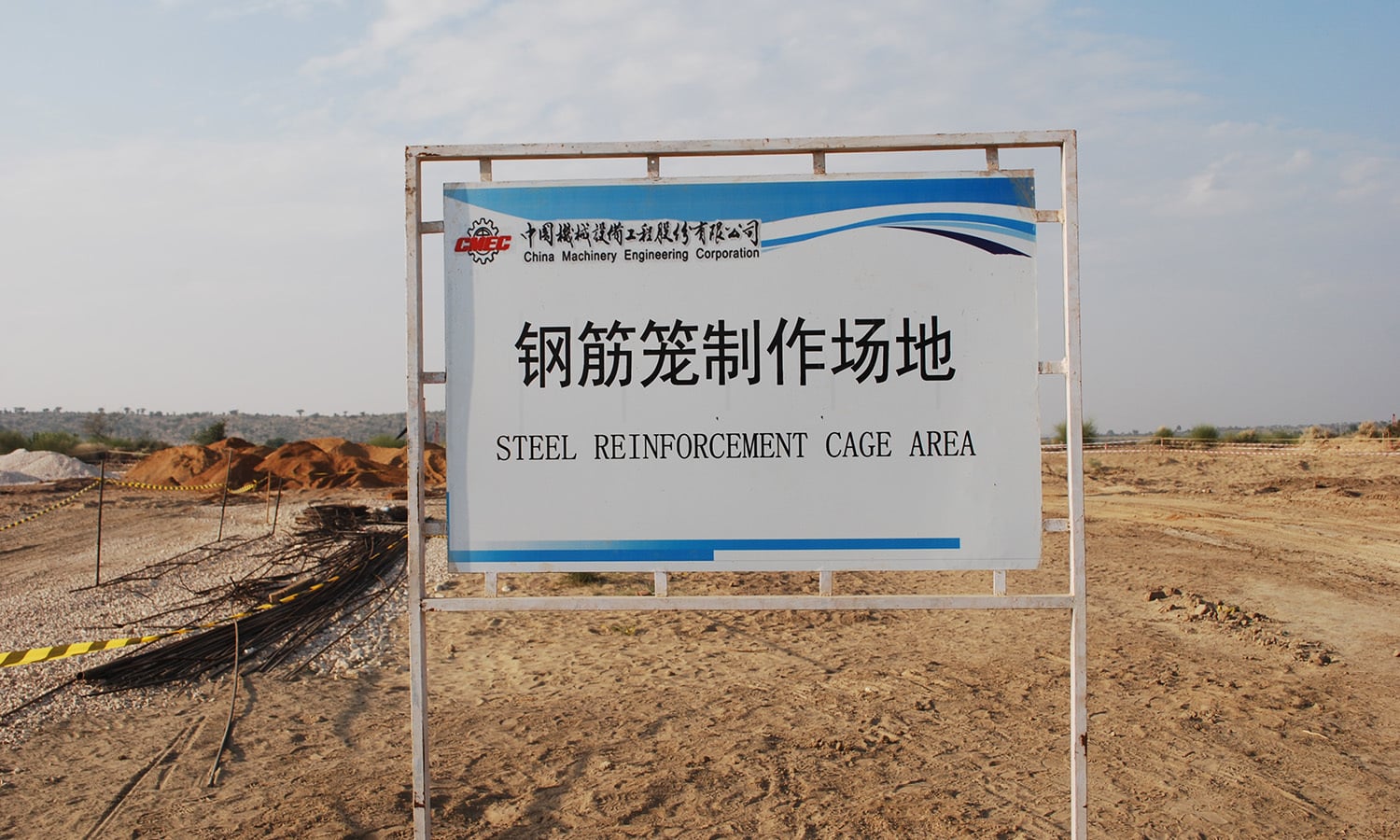 Vice-President of CMEC Fang Yanshui said “The Thar Block II Power Plant is progressing ahead of planned timelines to deliver additional power to the national grid, utilizing the rich coal reserves in Thar. This marks a landmark initiative for the country as it seeks to diversify energy sources to meet the growing demand for power. The installation of CFB boiler technology by GE will enable the plant to reliably generate power from Thar lignite coal, which highlights our commitment to deploy industry leading technology in the country.”

The cyclones that have been delivered are particularly important core components of CFB boilers and help to effectively recirculate combustion exhaust gas (flue gas) to ensure the reliable, slow and complete combustion of difficult-to-burn fuels such as the high moisture lignite coal found in Thar. In addition, the technology helps minimise the amount of nitrogen oxides released, while capturing sulfur oxides, thus reducing the plant’s overall environmental footprint.

“We are committed to supporting the development of Pakistan’s energy sector and economy through the completion of this strategic project that utilizes a domestic fuel source,” said Dr. Sacha Parneix, Commercial General Manager for GE’s Steam Power Systems business in the Middle East, North Africa, Turkey and Pakistan. “GE’s technology has proven its reliability in burning low calorific and high-moisture fuels like Thar lignite coal, while keeping a low environmental footprint for power plants around the world, including in the US and Turkey.”

The Thar II Power Plant is expected to be commissioned in 2019, adding 660 MW of power to the national grid. As the country’s first project firing Pakistani Thar lignite, the plant will help reduce the pressure on foreign exchange reserves, support Pakistan’s energy independence and promote the country’s goal under Vision 2025 to increase the percentage of indigenous sources of power generation to over 50 percent.

GE’s boiler erection experts are already on-site and will closely support CMEC with the quality construction and commissioning of GE’s CFB technology.

“Pakistan’s Thar desert is estimated to have more than 175 billion tons of lignite coal. This reserve is sufficient to power 100 gigawatts for the next 30 years,” said Sarim Sheikh, President & CEO of GE Pakistan and Central Asia. “Tapping this resource offers a cost-effective means to meet a part of the energy deficit in the country and we are proud to bring GE’s leading technologies to support this strategic initiative.