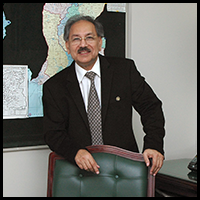 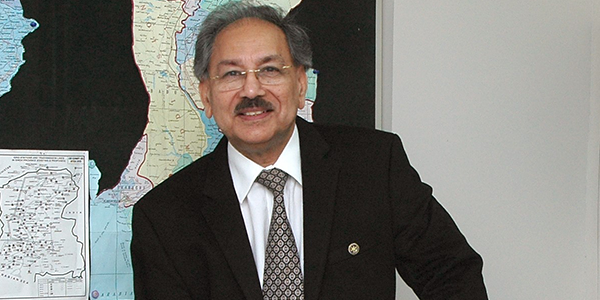 Earth was born around 4.5 Billion years ago after which mother nature got busy making it nice, habitable, comfortable and green for us. It started with first cooling it down, then providing cloud cover and the protective Ozone layer. It took almost 4 Billion years to achieve the conditions so that the first animal could appear on earth. Finally, The Man appeared on earth only 200,000 years ago. IN ADDITION, this MAN destroyed it all in just last 200 years, after the start of Industrial Era in the year 1800. We achieved a DENT IN THE PROTECTIVE OZONE LAYER, which took nature to build in billions of years. Is not that great!

We only woke up and realized our folly when the Ice, our cooling & water reserves started melting. However, by then the damage was already done. So now we needed to repair it and the campaign was launched to avoid fossil fuel & using the Nature’s direct energy, generally called Alternate Energy.

By 1975, when I was doing my Masters, researches were being conducted at that time to somehow increase the efficiency of Solar Cells. Until then it was a mere 3,5%. It was a general feeling that its use would be limited to NASA and special projects where there were no other options available. However, now we have achieved an efficiency of 20% and a storm seems to have been released.

We suddenly realized that huge, free God given energy was available for the taking. In addition, not by big Electric Supply companies but by individuals. It is so easy. Everybody can now become a power producer. It is predicted that within next 5 years every roof in Karachi would be covered by Solar Panels.

There are basically two types of Solar Panels but other types do exist and new once are getting developed every day. Basic Types are as under.

The Cells in this panel are developed from a Single Crystal. These cells have more Tolerance towards High temperatures and a considerably Higher Efficiency (20%). They are also more expensive.

The Cells in this panel are developed from broken pieces of Crystals. These are temperature sensitive and have lower Efficiency (15%) but lower cost.

The other panels already developed are Film Type, Flexible, Bio etc. but fit for special uses only due to either low efficiency or high cost.

There are basically, 3 types of Solar Systems.

A system which neither has a Grid (Utility Company) connected nor Needs it. Solar Panels collect the Solar Radiation, convert it in to Electrical Direct Current Energy, and store it in Batteries through a Charge Controller. An Inverter then converts DC Electrical Power stored in the batteries, as and when required, in to Alternating Current Energy with the required Frequency & Voltage to use for the household.

This system needs to be connected to the Grid. Now instead of saving the Generated Electrical Energy in the batteries, you save it with the Grid. The Grid or the Electric Supply Company records the Energy supplied by the special meters, which record both the energy supplied to you as well as the energy supplied by you. Therefore, now when the utility company prepares the monthly Electricity Bill, you are billed only for the Energy supplied To You in excess of Energy supplied By You. In case you produced, more energy than you did Consumed in any month the Net Balance is kept by the Utility Company to be adjusted in the next bill and you get a bill saying “No Payment Required”. The System Does not Need Any Battery.

This system works like the Grid Tied System but also has provision of saving the Generated Energy by your Solar Panels to be saved to your Battery System in case of Power Failure. It Needs the Battery System.

There are 3 major components of a Solar System.

From the above table it is apparent that the Battery System divided over its life span is the most expensive component right now. So eliminating it as in case of Grid Tied system helps a lot. There are Batteries even with a life span of up to 15 years but the price is highly prohibitive. Since the batteries are required everywhere, whether it is a UPS, A Solar System or an Electric Car, hectic researches are going on all over the world increasing its life span and reducing its cost. Soon, we shall have affordable energy storage systems commercially available, but until then it is better to avoid them if we can.