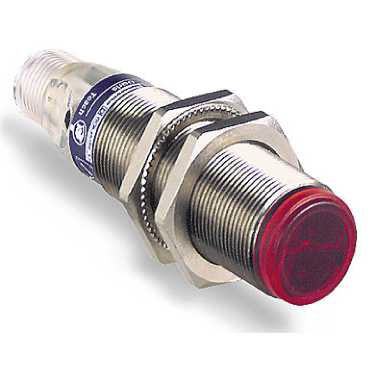 In those systems where custom sensors are required, it is imperative that the designer quantifies the environmental, mechanical, electrical, and magnetic parameters of the entire system so that a sensor which meets those operating conditions can be selected.
Clear and direct communication between the designer, OEM manufacturer, and customer needs to be maintained during the entire design process so that the operating requirements of any sensors and the system as a whole can be clearly defined and understood by all involved parties. Without that constant communication, a robust circuit that will function as needed has very little chance of being designed. Conversely, with good communication among the design team throughout the entire process, a reliable circuit that meets or exceeds all of the known design parameters can be developed.
Digital Sensors: Providing High Reliability in Discrete Applications
Many applications utilize digital output to determine if an object is in a certain position. For instance, a sensor can be used to verify that a safety guard on a piece of machinery is in place. If the guard is in place, the machine will run. If it is not, the machine will not run. In that type of discrete application, digital output is required. The following digital sensors deliver exceptional reliability for custom magnetic sensing applications:
Reed Switches: Benefits and Applications
A reed switch is an electrical switch that does not require power to operate like an integrated circuit. The contacts are hermetically sealed within a glass tube with precious metal contact material. As a result, the switch is highly reliable because it is unaffected by moisture or other environmental factors. Therefore, the contacts will not oxidize and will continue operating for millions of cycles with logic-level loads.
Reed switches are very popular for battery-powered applications. They are used in automotive safety products such as seatbelt buckle clamping/closure detection sensors and crash sensors for collision detection. Because reed sensors can switch AC or DC loads, they are a popular choice for digital on/off applications such as door closure detection for the security and household appliance markets.
For example, a refrigerator door uses a reed switch for door closure detection. The magnet is mounted to the door and the reed sensor is attached to the fixed frame hidden behind the external wall of the refrigerator. When the door is open, the magnetic field cannot be sensed by the reed sensor, causing the LED bulb to turn on. When the door closes, the sensor detects the proper magnetic field and the LED turns off. In this application, a microcontroller within the appliance obtains the signal from the reed sensor and then the control unit activates or deactivates the LED.

Analog/Ratiometric Sensors for Added Stability and Accuracy
Analog sensing applications allow the end user to obtain instantaneous feedback on the magnet’s position. The analog Hall effect sensor has a high-accuracy, high-resolution ratiometric output signal.
Previously, analog Hall effect sensors measured the flux density of the magnets and were greatly influenced by the temperature value of the application. Since analog Hall effect technology has advanced in recent years, the Hall effect chip now measures the angle of the flux field instead of the traditional amplitude, making it much less sensitive to temperature changes. This improvement allows the sensor to deliver a more stable analog output across a large temperature range
Consider two types of Hall effect sensors that can be selected for custom analog sensing applications:
Rotary Hall Effect Sensor: Benefits and Applications
This semiconductor-based sensor varies the output voltage relative to a change in the magnetic field. It combines a Hall effect sensing element with circuitry to provide an analog output signal that corresponds to the change in a rotating magnetic field without involving any moving parts. This sensor offers two output options: analog or pulse-width modulation (PWM). The device is programmable so that the engineer can associate a specific output voltage or PWM to a precise degree of rotation. Multiple programming points are available up to 360 degrees of rotation. Each programming point represents a voltage or PWM output value that corresponds to a given angle of the magnetic field. This results in a ratiometric output signal relative to the degree of rotation.
Unlike a mechanical rotary or resistive film rotary device, the rotary Hall effect sensor does not experience mechanical wear or changing resistance values. In addition, it is very stable over normal operating temperatures up to +105°C. Units are accurate from 0–360 degrees rotation with 0.5 V–4.5 VDC output or 10–90% duty cycle for PWM.
Rotary Hall effect sensors are becoming very popular for replacing the resistive film or potentiometer mechanical devices. They are used in automotive and off-highway applications such as detecting the EGR valve position on engines. These sensors may also be used for detecting the dial position in appliance and white goods applications.

Linear Hall Effect Sensor: Benefits and Applications
Linear Hall effect sensors are similar to the rotary Hall effect sensors except that they measure the linear movement of a magnetic field rather than the rotation. The Hall effect sensor is programmable for a set output voltage that is ratiometric for a given travel distance. The output options are the same as the rotary Hall effect. The sensor measures the linear movement and relative flux angle of a magnetic actuator up to 30 mm of travel distance with a single Hall effect chip. This results in a ratiometric output signal relative to the precise movement of the sensor.
The sensor and actuator can be placed in their final mounting area within the application, which would now include all magnetic influences from the nearby surroundings, prior to programming the output voltage or PWM value to correspond to the relative magnetic field value of the actuation magnet. This allows the engineer to optimize the application’s output since any shunting, mechanical tolerances or stack-up tolerances of the magnetic field will be included within the programming environment.
Linear Hall effect sensors are often used as level sensors for monitoring fluid levels. In this application the sensor detects the location of the moving float, which has a magnet attached to it. Linear sensors are also beneficial in more complex designs such as automotive transmission gear shifting.
Conclusion
This article and its companion piece explain a methodology for developing an optimal magnetic circuit that requires custom sensors. It is always prudent to clearly define the parameters of the entire system design in conjunction with the customer and OEM manufacturer before beginning the design process.
In those circuits where custom sensors are needed, such as complex microprocessor controlled applications, reed switches and Hall effect sensors provide noncontact technology that is highly repeatable and reliable. Digital output is available for both reed switches and Hall effect sensors, and this technology is widely used in the white goods and automotive markets. Similarly, both of these types of sensors can be designed for use in custom analog applications, where a high level of accuracy and stability are required.