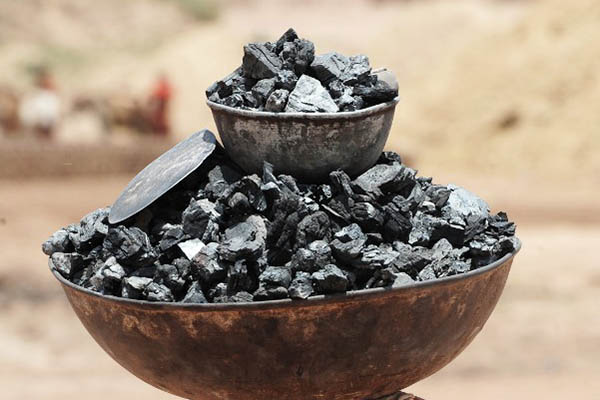 An insight into Mineral Sector

The mineral potential of Pakistan is widely recognized  to be quite excellent  but somehow this sector over the past many years has been inadequately developed. This is evident  that its contribution  to industry as a sub-sector  was just 13.5 per cent and Gross Domestic Product (GDP) has remained 2.7 per cent.

Although efforts are underway to develop it but  still enough remains to be done  to enhance this sector to take full advantage of its endowment. This sector is lagging  behind  despite huge potential, due to various inter-connected and cross cutting issues like lack of infrastructure  at mines sites, low level of technology installed and semi-skilled labour, low financial support and lack of marketing.

Besides the efforts being made at the federal level, what the Provincial Governments of the Punjab, Sindh, Khyber Pukhtoonkhwah   and Balochistan are doing to develop this important but somewhat ignored sector to ensure making more contributions towards the national economy?

Punjab Mines and Mineral Department aims to ensure responsible mineral development that contributes to the most advantageous level of mineral while respecting the principles of sustainable development.

Following two schemes are underway in the province to develop this sector.

Placer gold occurrences  along the dispositional meanders of River Indus have been of great interest for exploration of  gold resources in the upper reaches of  Chitral, Gilgit, Hunza and adjoining areas  to explore  the source rocks for gold.The Indus river course mainly falls in districts Attock and Mianwali in the province.

The objective is to determine the economic potential of the placer gold  in specified areas  of river Indus at different locations in district Attock. According to the results, viabl block (s)/zone(s) can be granted  on concessions under the Punjab Mining Concession Rules 2002.

Construction of drainage Nullah for disposal of saline water from sandstone  leases in district Sargodha:  Mines and Mineral Department has 58 blocks of Sandstone in  Kirana Hills of district Sargodha and the leases of these blocks have been granted  through open auction under the prvisions of the Punjab Mining Concession Rules 2002.

As excavation of of stone from these blocks is being done since long,  pits have been developed in most of the blocks having depths of 15-25 feet due to  extensive working. This situation  compels the lessees  to dispose  this saline  water from the pits on to nearby  lands and pits of other vacant blocks. Due to this uncontrolled disposal of saline water, the surrounding  have been affected badly  causing unrest among the inhabitants.

Hence the construction of drainage nullah  to dispose of this  saline water  is a basic necessity of the stone market and the locals which on one hand  will eventully make the pits workable  and on the other hand facilitate the local land owners and  inhabitants.

Khyber Pukhtoonkhwah’s total area is 74521 square kilometers out of which as much as 70 per cent consist of mountains and rocks. The formation  of these rocks  contains huge prospects of different metallic/non-metallic  minerals and various precious/semi-precious  gemstones and minerals.

It has large number of mineral resources which have not yet been exploited  at all to its full potential. Based on the exploration done so far, excellent prospects of other valuable  deposits exist in the province.

Sindh is located in the Southern part of Pakistan. From East to West, it comprises three main geological zones, namely the Thar Desert, the Indus Plain and Delta, and the Khirthar Mountains.

At present about 24 minerals are under exploitation  but only on small scale. Sindh Government has accorded  priority to the development of mineral sector as it co-relates  with the development of  remote areas of the province as well as  alleviating poverty. Mines and Mineral Development Department  is acquiring  latest mineral exploration techniques for  effective  date geological  generation and identification of  exploration targets.

Sindh produces a variety of  commercial clays, including Fuller’s Earth, China Clay, Fire Clay, Ball Clay and  Bentonite. It is endowed with large and extensive deposits  of Limestone.

Keeping in view the contribution of mineral sector to Gross Domestic Product (GDP) which can also be enhanced by commercial exploitation of granite, marble and other minerals as well.

The Directorate General of Mines and Mineral Development Department has sponsored the ongoing schemes “Feasibility Study  of  Granite Deposits in district Tharparkar Sindh “ and  “Exploration, Evaluation and Value Addition of  Granite Deposits in Sindh for Economical and Industrial Use” during last financial year. These schemes are expected to be completed by June 2020. The department has also proposed a scheme titled “Sindh Mineral Policy” for the current financial year.

It has already established Geo-Data Centre with official web portal for providing  all the necessary information  to the general public as well as investors and stake holders. This center provides  mineral information  and online granted  database along with  provision of  information  regarding the granted areas in Sindh province.

Balochistanis the largest province area-wise of the country constituting  about  43 per cent of the total  national landmass. The country in general and the province in particular is endowed by the nature with the blessing of substantial mineral wealth. Mineral industry can play an important role in boosting  up the socio-economic  set up in Balochistan  as agriculture in other parts of the country but due attention  could not be given to the exploration  and development of mineral sector of the province due to  financial constraints, heavy risk  investment and lack of infrastructure  as the deposits are located  in remote and far flung areas.

The Provincial Government has planned projects  relating to management of the mining industry. However, following are the potential projects  for development  and investment related to CPEC and also in general for the public and private sectors:

On the whole, Large Scale Manufacturing (LSM) performance in the country remains  muted due to lower  Public Sector Development Programme (PSDP) expenditures compared to last year, slowdown in the private secor  construction activties  and consumer  spending on  durable goods along with low labour productivity. Adjustments, stabilization and reform process will ,however, continue for higher growth.

The federal government  is seriously focusing  on ease of doing business by making concerted and determined  efforts to rebuilt investors confidence and trying utmost to remove all basic impediments  that adversely affect  business environment and thus subsequent  investment in the country.

Going forward, some gradual recovery in economic activity is occurring  on the back of improved  market sentiment in the context of International Monetary Fund (IMF)  supported programme. The rebound in the agro based industries as well as the government incentives for export oriented industries is slowly but gradually improving labour productivity which hopefully will help in reviving LSM in medium term in the country.