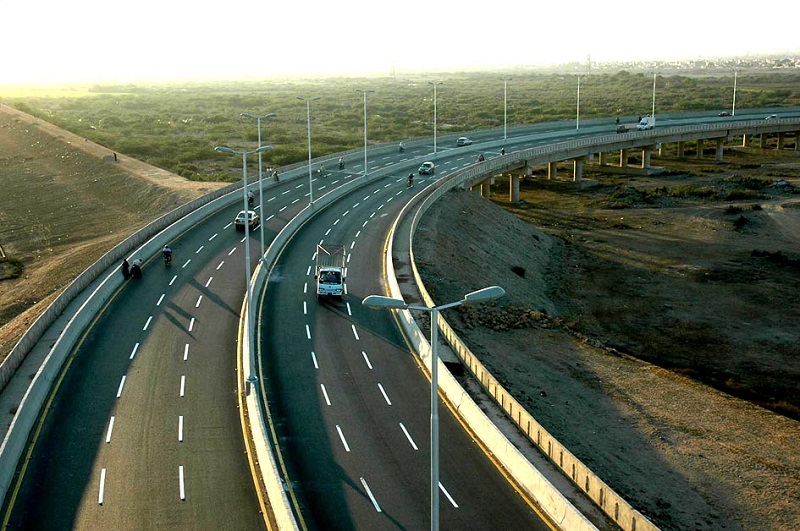 For Hyderabad-Sukkur Motorway project at an estimated cost of Rs163 billion, Six international firms have pre-qualified. The government is undertaking this project on build-operate-transfer (BOT) basis.

The National Highways Authority (NHA) had sought expression of interest (EoI) from the local and international investors/firms for Hyderabad-Sukkur Motorway, while expecting up to 60 per cent investment of the project having an estimated cost of Rs163 billion.

The construction work is expected to be launched in the first quarter of 2017, the deadline given by Prime Minister Muhammad Nawaz Sharif, and it would be completed in three years.

In response to NHA advertisement for EoI, six firms have been pre-qualified. These include Chinese and one local firm in the joint venture (JV).

Build-operate-transfer (BOT)/public private partnership (BOT/PPP) section of the NHA will soon issue the request for proposals (RFP) to the pre-qualified firms, against which they would require to submit their bids.

To improve the viability of the project, a certain portion of the project cost will be arranged by the concessionaire in the form of supplier/buyers credit, while the project is likely to be given on lease for up to 20 years.

Government is undertaking the construction of Peshawar-Karachi Motorway (PKM), a high speed, controlled access six-lane modern motorway system. The motorway forms part of trade corridor, linking ports of Karachi and Gwadar with China, Afghanistan and Central Asian States. The general alignment runs parallel to the national highway N-5, which carries 65 per cent traffic of the country. All the segments of PKM have either been completed or awarded for construction, except the Hyderabad-Sukkur motorway link of PKM section.

Land for the project will be provided free of encumbrances. The project details shall be defined in the request for proposal (RFP). However, the applicant is required to produce a letter of intent from a financial institution as evidence to secure loan (for at least Rs 40 billion).

In a bid to attract investors, the government will apply CPEC agreement clauses for offering Sukkur-Hyderabad Motorway on BOT, giving investors the choice to bring their own contractors/manpower and plan/design. Since it is a very big project with high cost, the government expects that the private investors will at least bear the 60 per cent of the project cost and the remaining may be borne by the government through the Public Sector Development Program (PSDP).

According to the Ministry of Planning, Development and Reform, Rs2.5 billion have been earmarked for the Sukkur-Hyderabad section (296 kilometers) in the PSDP 2016-17, while the project will be completed at a total cost of Rs163 billion.

The NHA official said that the investor may bring their own manpower or may use local resources through joint venture (JV). China is currently funding two road projects; Havelian-Thakot and Multan-Sukkur road projects under the CPEC, and according to a clause of the CPEC agreement, these projects are also being awarded to the Chinese contractors, besides Chinese labour is working on these projects.

The same agreement clause may be applied in the Sukkur-Hyderabad Motorway project, but this all depends on what kind of response the NHA receives.
The Korean Ambassador has met the Chairman NHA and expressed interest in the project, while some backdoor discussions with Turkey were also held. CPEC projects are being funded through four sources including Chinese soft loans, PSDP, multilateral donors and BOT/PPP. Sukkur-Hyderabad Motorway falls in the last category.