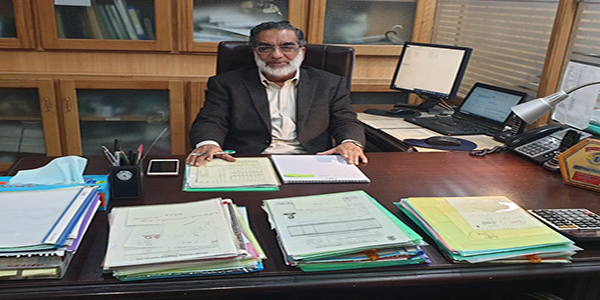 WHY WE CAN’T DO IT

Our country got independence more than seven decades ago. Unfortunately what to talk of becoming a modern, developed and industrial state we got nowhere near. Our economy is in the doldrums. We lack behind many countries who got independence later than us. There are countries like Germany, Japan, UK, France etc which were ravaged in World War II.

Japan was destroyed by Atom Bomb and Germany faced humiliating defeat in the end. These two countries are holding # 3 & # 4 position in the world’s economy.

Similarly China got independence in 1949 which has become a super power & 2nd biggest economy of the world. Starting from Textile, Paper to Air Conditioners, Cars, TVs, Computers, Mobile Phones and what not the list goes on & on. Practically China is the WORKSHOP of the world.

A number of multinationals from USA, Europe, Japan and around the world have set up their factories in China. You can call it a Master Piece Example in the world. There is hardly any country which is not doing business with China.

Another country which can be cited as a good example of developing its economy is Vietnam which was totally devastated in 1960’s and in that long war 64000 Americans lost their lives. Similarly, Singapore perhaps is the smallest country in the world with a total area of 640 Sq Kilometer is an economic power & one of the best travel destinations in Asia.

From the above, one is surprised that after all why Pakistan couldn’t develop its economy. We need to do brain storming and find the reasons for this poor performance.

The main reason which can be pointed out is that we never took it seriously enough and never tried to put our house in order in a constant and consistent manner. We have the resources both natural and human. We have young, energetic and hard working population, which, however, lacks a sense of direction needed for uplifting and boosting the economy. This sense of direction can only be provided by the Govt. As far as natural resources are concerned, we have fertile land, minerals, Oil & Gas etc. (No doubt that oil & Gas are not enough to meet the demand of our growing population).

In the end I will say that instead of saying that we can’t do it, we should say, ‘YES’ WE CAN DO IT.’