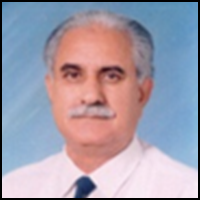 “The Prophet [PBUH], indeed, instructed the companions to establish the first day of Ramadan by sighting the moon, but then he stated that the reason for his directive was the inability of early Muslim community to provide accurate calculation. The community was then illiterate and did not master reading, writing or calculation. They had no experienced astronomers who have access to the knowledge, tools and facilities to determine with accuracy the beginning of the lunar month. Consequently, moon sighting was the only tool available for the early Muslim community.”

Now let us take the case of the timing of daily prayers. Movement of the Sun was the only source available in early days of Islam, with the development of watch; time for prayers were set using this new technology. No one would go out and look at the Sun to announce prayer time. There is nothing un-Islamic to use watch for daily prayers.

Nowhere in Islam is it mandatory that only a Maulvi / Mufti are authorized to sight the new Moon for Islamic Calendar. If these individuals have authorization in Islamic teachings let all of us know about it.

In the early days of Islam there were no tall buildings and high resolution / powerful telescopes, Moon sighting was carried out from ground level or possibly from some high spot nearby.

Science of Astronomy has full knowledge of movement of celestial bodies (in this case Moon) visible to necked eye and Astronomical calculations can be carried out to establish the time and angle above the horizon (of the new Moon).

Dir. Humaid Majol Al Nuaimi, Chairman of the Arab Union for Astronomy and Space Science and Chancellor of University of Sharjah explained; the rotation of the moon around the Earth drives the Lunar Calendar, which is also the Islamic or Hijri Calendar. The time between two full moons is 29.5 days. When the moon comes exactly between the Sun and the Earth, it is called the “Conjunction” and it is said that a new moon is “born”. At this conjunction point, all of the Sun’s radiation is reflected back by the moon and none reaches the Earth. Therefore, the moon is completely black to us earthlings and is thus invisible. The time passed after the moment of conjunction is called the age of the moon.

Our Maulvis / Muftis should know that the Prophet (PBUH), however, taught us that we are the Ummah of knowledge and we are to achieve progress, seek knowledge and be up to date with the reality of the time we live in. Muslims thus established astronomical observations, and they invented the modern systems that help in sighting the new moon. They started to implement the astronomical calculations in conjunction with the visual moon sighting.

Dr. Nuaimi, further said; “as far as sighting the moon goes, we could acquire a great deal of help from science. We could use calculations and modern simulations for knowing where and when to look for the moon, how high it will be in the sky, and what are the chances of its visibility. It is now possible to calculate the exact window of the moon’s visibility after sunset and even generate simulated images of the moon beforehand.”
We need to question the individual who may claim to have sighted the new Moon; the time, direction and its altitude with reference to the horizon. Compare that information with the calculated data and we can establish whether the person is telling the truth.

All of us avail many modern tools and techniques in the process of performing religious functions and duties e.g. air-conditioned mosques, loud speakers, for travel we use motorized vehicles and aero planes instead of horses, donkeys and camels etc. Since our Prophet (PBUH) did not travel via any of the modern above mentioned means of travel, does it imply that we are committing a sin because we are not following his ways of travel? The answer is no.

It is high time that our religious scholars come out of their shells, sit down with the persons knowledgeable about the science of astronomy and develop lunar calendar.