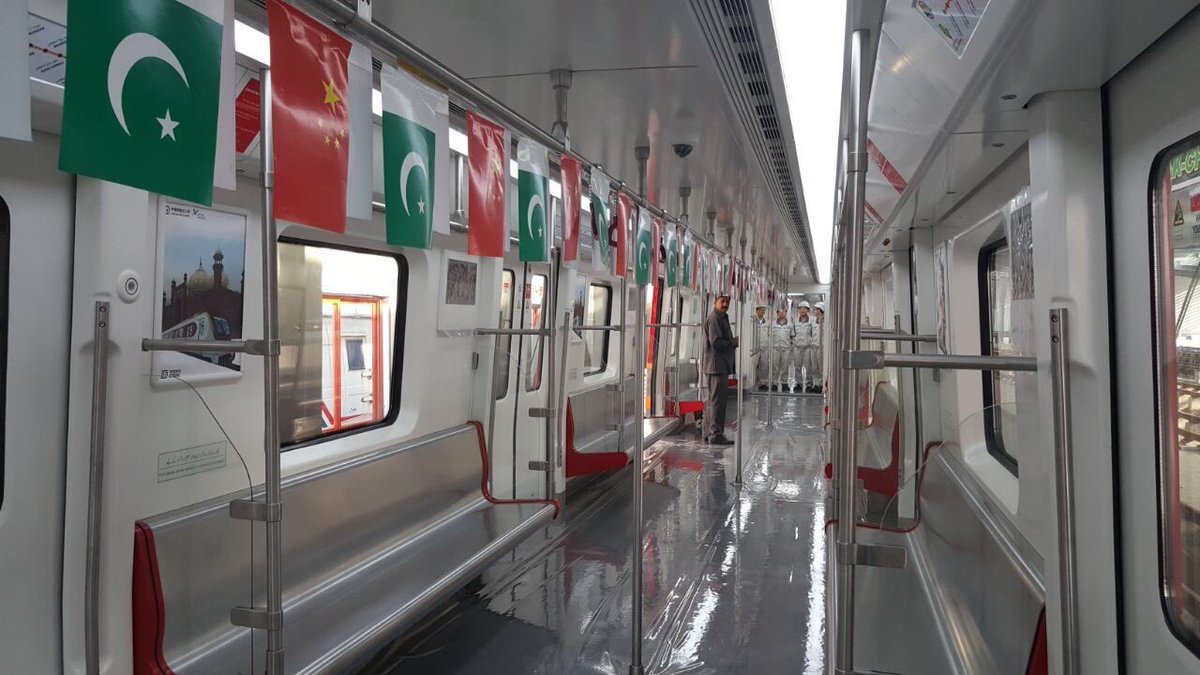 As the project steering committee has directed the departments and agencies concerned to complete the entire civil, electrical and mechanical works by the end of November, the commercial operation of the Lahore Orange Line Metro Train is likely to begin in December, this year.

`As the provincial caretaker government is interested in completion of the project within a short span of time, all the departments/agencies concerned are required to complete the civil related works by October and electrical and mechanical jobs by November, this year, project steering committee chairman/Lahore commissioner Abdulla Sumbal said while presiding over the weekly progress review meeting on the mega project in mid June.

`By the end of the ongoing month, laying track in the underground pordon is set to begin. Therefore, the civil works must be completed as early as possible at this portion, he added.

Earlier, participants in the meeting were told that overall 89.11 per cent of work on the project has been completed that included Dera Gujran to Chauburji (Package-1)94.19pc, Chauburji to Ali Town (Package-2)85.5pc, Depot (package-3)89.63pc and Stabling Yard (Package-4)-93.03pc.

Similarly of 27.1km long route, the track on about 22km stretch has been laid.As the civil work on the underground portion of the Orange Line Metro Train Project (OLMT) is about to complete, the workers, engineers and support staff have termed the days they spent in 24/7 construction activities the toughest.

The work on the 1.7 long underground portion of the project, which connects the Lake Road with an intersection before Lakshmi Chowk via Jain Mandir, Old Anarkali and Nabha Road, was launched on Dec 20 last year after the Supreme Court allowed the Lahore Development Authority (LDA) and the Punjab government to resume construction. The Rs200bn project is 27.12km long and has 26 stations. It has a 1.7km long undergroundstretch with two stations.

Some concrete work remains at 140 meters of the total 1,700 meters stretch while all the other civil works, including excavation, piling, sewerage, concrete casing etc, have been completed.

The CR-Norinco engineer will start a survey of the portion soon to lay the track and the survey will take about a week.

According to an LDA spokesman, the authority has invited applications/proposals from qualified individuals for monitoring conservation of all the heritage sites and special premises protected under Antiquities Act 1975 and Punjab Special Premises (Preservation) Ordinance 1985 with reference to the train project.