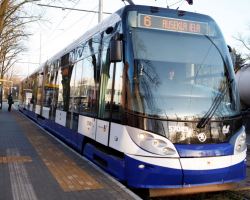 “Opportunities and potential for the multi-model transport of Pakistan”

Pakistan is bordered by Iran and land-locked Afghanistan in West, India to its East and Central Asian Republics and China in the North.
Pakistan occupies a strategic location, which can be used to access the huge markets of China, Afghanistan and the Central Asian Republics (CARs).
Also just across the Arabian Sea in the south are the oil rich Arab States, which offer another market for the transportation of goods and services.

PAKISTAN IN THE REGIONAL CONTEXT

The transport sector of Pakistan needs to develop an integrated plan and strategy with a visionary approach to have a dominant market share in the multi-modal movement of the freight of an international standard.
There is a need to exploit an immense transit trade potential with Afghanistan, in an emerging reconstruction scenario with an anticipated peace and stability; and with China, one of the largest and fastest growing economies of the world.
Also for the transit trade, the target area should especially be the Republics in the Central Asia.

Review levels of efficiency and economy with which transport sector handles national cargo.
Find the cheapest and the most efficient ways, in which the goods can be transported, as this shall have multi-dimensional effects on the economy of the country.
Develop an international standard, competitive commercial and trade facilitation procedures and distribution and collection system in Pakistan, to respond to modern demands for just-in-time deliveries.

The importance of transportation sector

Transport is a vital sector of the economy contributing about 11% of the GDP.
Whole-sale/Trade, transport and communications together contribute around 58.4% of the GDP.
The transport and communications sector accounts for about 20 % of the country’s GDP. (Source: Pak. Eco. Survey: 2007-08)
World Bank estimates that poor performance of the transport sector is costing Pakistan about 5% of its GDP (Source: Pakistan Economic Survey 2013-14).
The freight and passenger traffic has been growing at about 3.2% and 3.4% per year respectively for the last 5 years (Source: Pakistan Profile – 2009).

Exploitation as a transit trade corridor

There can be an efficient and a direct trade link of China with India via Pakistan, through the Kara Koram Highway (KKH) aka “Silk Road” in the north and the N-5 (G. T. Road); leading towards India in the east.
Also Pakistan can provide a shortest, efficient and a cost effective trade route to the land-locked CARs; with a straight access to the Gawadar Port and/or to the Karachi Port and Port Qasim.
The “Sleeping Giant” Kazakhstan, with its huge; primarily un-tapped oil and a mineral wealth and proximity to Pakistan has a big transit trade potential and efforts in this direction are required.
The road distance between Islamabad and Almaty can be covered in just around 32 hours, which for Kazakhstan is the shortest land route to the sea.
A rail link from Dalbandin via Panjgur to the Gawadar Deep-sea Port with Chinese cooperation has renewed the prospects for an alternate land-sea trade outlet for Central Asia through Pakistan via the Indus Basin corridor.

Now the long awaited Gawadar Port has become a reality with a tremendous prospect to become a trans-shipment hub; adequately linked with the Coastal Highway, connecting with Karachi and the rest of the country.
Also an appropriate trade corridor linkage with Iran in the south-west can bolster our economic activities multi-fold.
In this context, the peace in Afghanistan is a key to the transit trade in the region.
The Gawadar Port in future has a potential to over take ports of Dubai and Salalah as a regional hub. All these linkages need a well planned and an integrated rail, road and an air infrastructure for the fast, cost effective and a competitive movement of the freight, services and passengers. This requires an appropriate policy frame-work and a short, medium and a long range plan, which is religiously implemented.
In this context, we need to sign carefully drafted; international bi-lateral and multi-lateral comprehensive agreements and protocols with the regional and other relevant stake-holders.
Also we require a north-south network of the motorways, with off-shoots and new industrial zones and the town-ships developed along these corridors at the vantage locations.

In back drop of a favorable geopolitical situation of the region, Pakistan needs to exploit the vantage position to emerge as a hub of a modern and an efficient transit trade activity.
There is a requirement of a unified ministry of transport, covering all modes of transport; namely road, rail, air and water.
The ports and shipping sector of Pakistan needs to reposition to take advantage of the regional situation; with an innovative approach and leading from the front.
There is a requirement for a major institutional re-alignment in ports and shipping sector.
The government is required to do a pragmatic and rational; immediate, medium and a long range planning with requisite incentives to the private sector.
In this direction, there is a need to develop a vibrant Pakistan based private shipping sector.
The ports sector requires modernization and in this context, there is an exigency to develop a nexus of a public-private partnership, with an incorporation of innovative approaches, such as the “Land Lord Ports” and the “Door to Door Concept” in the delivery system.
The expected manifold increase in transit trade traffic requires capacity improvement of requisite system.
The loss making institutions in the P&S sector needs privatization. So immediate steps are required to make the overall system efficient.
There is an exigency to identify and improve the transit trade corridors, do the capacity enhancement and modernization of existing container handling facilities and freight movement.
There is an immediate requirement to up-grade and modernize our decaying railway system; with an up-gradation of the rolling stock and the infrastructure; through massive institutional realignment, with a concept of public-private partnership.
The aviation sector also needs massive re-alignment, with the encouragement of the open-sky policy; along with the utterly needed comprehensive restructuring of the PIA, with its ultimate transparent privatisation .
Develop highways and roads of international standards, with a proper geometric design, signage plan and a maintenance management system; with introduction of Intelligent Transport System (ITS) and regular road safety audit .
There is a requirement of strict enforcement of axle load control of the freight vehicles and trucks throughout Pakistan with a well planned net-work of the weigh control stations to avoid the deteriorating effect on the roads / highways.
There is an urgent need for a modern railway and trucking; and a well integrated and a dedicated network operation of state of the art dry ports; along carefully identified transit trade corridors.
Implementation of the “National Trucking Policy” is to be done by the Ministry of Industries, Govt of Pakistan. This is a good document and needs, implementation. There is a need to provide the financial incentives to the trucking sector; which requires corporatisation.
Regular fitness check of the vehicles on road, with strict implementation of traffic laws through effective highway patrol / policing.
Develop efficient, integrated and fully automated Border Controlling Posts (BCPs) for fast movement of goods, passenger and services.
Public-Private-Partnership (PPP) can play a pivotal role in introduction of IWT in Pakistan with the government focusing on creating an enabling environment by formulation of a long-term policy, providing incentives and the basic infrastructure of maintaining navigational channels and allow the private sector to invest in the fleet, construction and the running of cargo terminals and operating logistic services.
The CHINA-PAKISTAN ECONOMIC CORRIDOR (CPEC) in specific along with the CAREC corridor in particular and other regional networks and the neighboring trade links, including with Iran must be given high priority, vital for regional integration and an economic progress of Pakistan.
There is a requirement of the fully automated Customs, Single Window Operation.
TIR
There is a need for the ratification of the “TIR”. This convention allows, to not to open border with India.
So in case, Pakistan Government accedes to the TIR Convention, if they want; can still stop the movement of goods through the eastern borders.
The TIR also requires the customs’ modernisation.