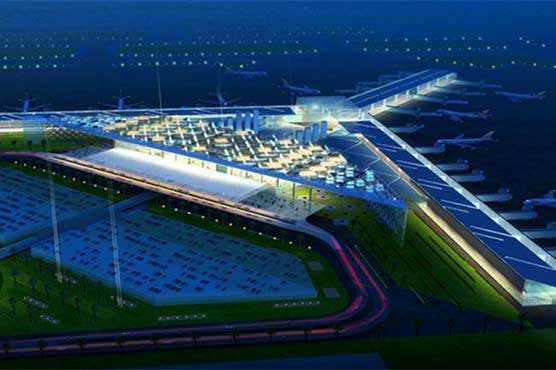 New Islamabad International Airport’s formal inauguration date has been extended, once again, to May 3, 2018 despite earlier confirmation from the government to inaugurate the much-delayed project on May 1.

According to the statement issued by CAA, Adviser Aviation Sardar Mahtab expressed his satisfaction over the overall preparedness for operationalization. He asked for more tests and trials to bring the airport at the level of international standard. For that matter he also gave directions to concerned authorities and particularly to CAA to do more tests and trials in order to improve reliability and efficiency of the system.

During a media briefing held at the airport, Director Planning Nadir Shafi said the total cost of the PC-I at initial stage of was Rs81.1 billion in 2014 which had increased to Rs105 billion till now. However, the PC-I had been closed now, he added.

Deputy DG Amir Mehmood while giving a briefing to media persons said the state-of-the-art airport was the largest airport in Pakistan. The airport project had been conceived initially in 1984 for which the acquisition of land in Fateh Jang was started the same year to resolve the problem of increased passenger load and space constraints at Benazir Bhutto International Airport. The current annual turnover of passengers at Benazir Bhutto International Airport is about 4.5 million. It was estimated that the number of passengers at the airport is growing by 14 percent annually compared to national air passenger growth rate of less than four percent, making it the second busiest airport in the country.

New Islamabad International Airport is a project of Civil Aviation Authority, designed by French company Aéroports de Paris Ingenierie and CPG Corporation of Singapore. It is built on 4,238 acres of land and consists of 4 level passenger terminal building, 2 runways, taxiways, apron, parking bays for wide-body aircraft. There is a cargo terminal, air traffic control complex, fuel farm, as well as a fire, crash, and rescue facility. It is fully equipped to handle all types of aircraft including the new generation aircraft such as the Airbus A380, Boeing 747-8 and Airbus A350 XWB aircraft.

It took almost 11 years to build New Islamabad International Airport after the groundbreaking in April 2007. The 4-level passenger terminal building is of 190,370 square meters, specifically designed to facilitate passengers and stakeholders, and is completely high-tech and fully computerized with integrated systems of international standards.

It is important to mention that the Islamabad International Airport has a dedicated 114,234 square meter cargo handling area/cargo shed which will cater the national flag carrier, national/domestic, foreign/international airlines and all the ground handling agencies. The airport is equipped with latest airfield lighting system, latest aircraft landing and guidance system and the latest radar system. The new airport also has an in-house power grid station which has the capacity to provide electricity throughout the airport.

In addition to the above facilities, Metro Bus service and Faisal transport system will be providing 24/7 services for public convenience.