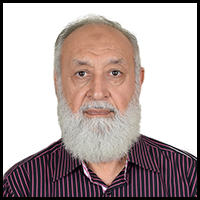 Leadership is an inbuilt characteristic of human being, no matter of what size the role is. It could be as small as head of a family or a clan, a town, city or a country. Our prophet (peace be upon him) saying, which we mentioned in the opening of this article endorses it. In 1840 Thomas Carlyle put forward “The Great Man Theory” stating that a leader is a person who is blessed with unique qualities that capture the masses’ imagination.

In our daily life we see men and women genuinely do better than others in the similar occupations and field of interests. History also supports us where some great leaders have risen above their compatriots. We also note that one specific family has produced highly successful leaders in succession.

It looks like a mystery. No, it isn’t, the Great Man Theory have already answered it that great leaders are born, not made or trained. Individuals are born with certain traits or characteristics, and these characteristics are different in natural-born leaders in comparison to others. The special traits or characteristics enabling them to lead people and write new pages in history are: Charisma, intellect, superb judgment, intuition, aggressiveness, courage and ability to persuade others. According to Thomas Carlyle, these can’t be learned; someone either possesses these traits or doesn’t. Such characteristics are fixed in the family’s genes and are passed on from generation to generation.

Today we have all type of education and training facilities, but great men of past didn’t have all this. The innate qualities and divine insight has helped them reach great heights. There was something different in their anatomy, personality or physiology driving them to take on leadership roles, thus setting them apart from the common men. Leadership role has been active in all primitive societies, but today it has much greater challenges and faces tough completion.

Leaders ought to be like anthropologists. Anthropology is the study of what makes us human. It has two broad divisions or four subfields, the archeology and biological, cultural and linguistic anthropology. They study the past, through archaeology, to see how human groups lived hundreds or thousands of years ago and what was important to them. They consider what makes up our biological bodies and genetics, as well as our bones, diet, and health.

Anthropologists also try to understand how people interact in social relationships, for example with families and friends. They look at the different ways people dress and communicate in different societies. Anthropologists also study plants, animals, and soils from the places where people have lived in order to understand how people used and changed their natural environments.

Anthropologists do not just ask questions to individual and groups, review data, or read the reports of others. They go out in the field and observe people in their natural environment. American Anthropologist Margaret Mead, back in 1920, spent five months in Samoa society before writing a book on Samoan girl’s transition to adulthood. The discoveries in her book would have not been possible from the comfort of her office.

Leaders in business organizations or politics strive to be effective by finding solution to organization or masses problems. They basically act as problem-solvers, but no problem can be solved unless it is first identified. It is customary for leaders to collect data and analyze it, ask for reports and review them, call meetings and ask for suggestions or try to seek information through questions. This is all good, but not absolutely good. It may turn out to be deceptive, because it is depending on reports compiled by others. It is building foundations on a data analyzed by people who are not carrying the burden of leader’s responsibly.

In early seventies in Pakistan we saw Zulfiqar Ali Bhutto finding a new dimension in the political life of Pakistan. Instead of traditional drawing room politics he went out and contacted the masses all around Pakistan and it paid him dividend. He became a popular vote in Pakistan. What did he do? Observation! He observed what people wanted from him and he gave popular slogans based on people’s needs.
Any leader intending to discover the problems that could possible spread quickly causing full-blown failures in his organization will have to move out of his office to witness the conditions in which the work is being done, whether it is buying and selling or manufacturing and services. Leaders need to sharpen their skills of observation, because the information reaching them has been filtered at different levels and they may not get the right picture. In order to avoid rosy and deceptive information the leaders have to involve themselves in the process where actions and behaviors can be directly seen in action.
It is therefore important for leaders to use anthropologist approach and methodology by first observing and identifying the problem before a solution is tried. It is often seen that a damage has already been done before it comes into knowledge; and by that time even a very accurate decision will not make any difference. We do observe that despite employees encouraged by leaders not to hesitate in telling them bad news, the problems are not discovered in time. This all happens due to being unaware of culture having deep roots at different levels of workplace.

Why a leader’s first-hand observation is important? It is, because there is always a contradiction in what people say and what they do. This doesn’t mean people will deceive intentionally, this simply is due to gap between a verbal talk and actual behavior, which is typically of a group discussion. We human being tend to hide facts and display inaccurate behavior in presence of or under influence of others.
Therefore merely relying on other people’s information leads to wrong conclusion and hence a wrong solution. Even though nearly all humans need the same things to survive, like food, water, and companionship, the ways people meet these needs can be very different. For example, everyone needs to eat, but people eat different foods and get food in different ways. So anthropologists look at how different groups of people get food, prepare it, and share it. Similarly if the leaders follow anthropologist’s approach, their decision making process will be more yielding.

All manufacturing and distribution or marketing companies should use the methodology Margret Mead and her fellow anthropologists used. The psychology of consumers must be understood before developing a new product. The marketing men who are on research job try to seek answers according to their written format, which may produce ambiguous answers.

Observation supports leaders to find problems and find out the right solution. A business leaders, if asks his employees questions, talks to his customers and suppliers, it can provide him useful information in improving his product, introducing better selling and marketing strategy to have an edge over his competitors. Similarly open discussion with employees can embolden them blow whistles on activities that could prove injurious to company repute and image in the business community. Therefore firsthand information is a source of different insight on the activities and behavior of employees, customers, suppliers, competitors, and strategic partners. (Continued)