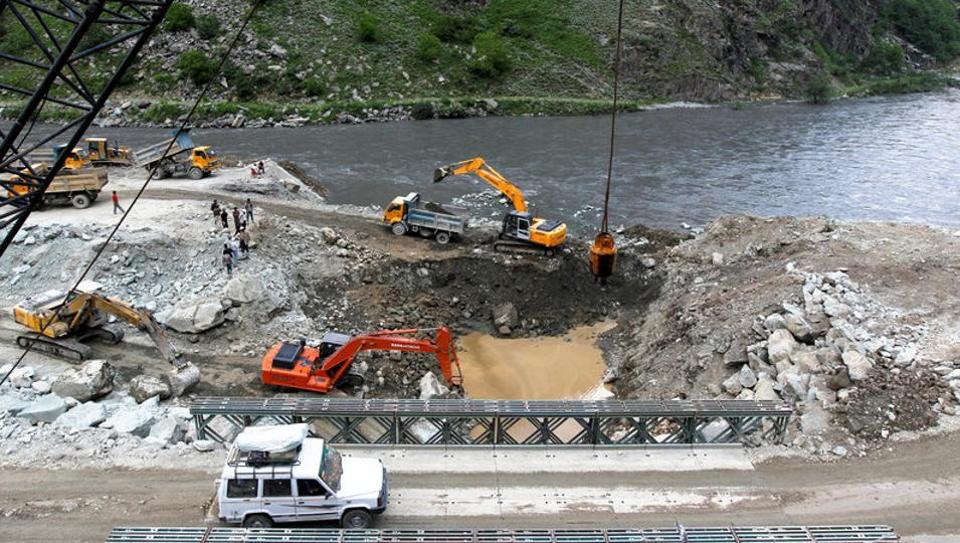 India has speeded up hydropower projects worth $15 billion in held Kashmir in recent months, three federal and state officials said, ignoring warnings from Islamabad that power stations on rivers flowing into Pakistan will disrupt water supplies.

The swift approval of projects that had languished for years came after Prime Minister Narendra Modi suggested last year that sharing the waterways could be conditional on Pakistan clamping down on anti-India militants that New Delhi says it shelters.

Pakistan has seriously opposed some of these projects before, saying they violate a World Bank-mediated treaty on the sharing of the Indus river and its tributaries upon which 80 percent of its irrigated agriculture depends.

The schemes, the largest of which is the 1,856 MW Sawalkote plant, will take years to complete, but their approval could prove a flashpoint between the nuclear-armed neighbors at a time when relations are at a low ebb. Pakistan’s foreign ministry spokesman, Nafees Zakaria, said he would confer with the Ministry of Water and Power on the proposed Indian projects, saying it was a technical matter.

Together these projects on the Chenab River would triple hydropower generation in Jammu and Kashmir from the current level of 3,000 MW, the biggest jump in decades, added the officials.

Then one fine morning, you see we cleared six to seven projects in three months; it definitely raises concern in Pakistan.” Pakistan’s water supply is dwindling because of climate change, outdated farming techniques and an exploding population.

“The cumulative effect of these projects could give India the ability to store enough water to limit the supply to Pakistan at crucial moments in the growing season,” it said.

India says the projects are “run-of-the-river” schemes that use the river’s flow and elevation to generate electricity rather than large reservoirs, and do not contravene the treaty.

Modi told a meeting of government officials on the Indus treaty last year that “blood and water cannot flow together”, soon after India blamed militants for a deadly attack on its troops in held Kashmir.

The projects that have won technical approvals in recent months are Sawalkote, Kwar, Pakal Dul, Bursar and Kirthai I and II.

Most of the projects have been held up for at least a decade awaiting multiple clearances. Sawalkote, which was cleared by a government-constituted environment committee in January, was first given techno-economic approval in 1991.