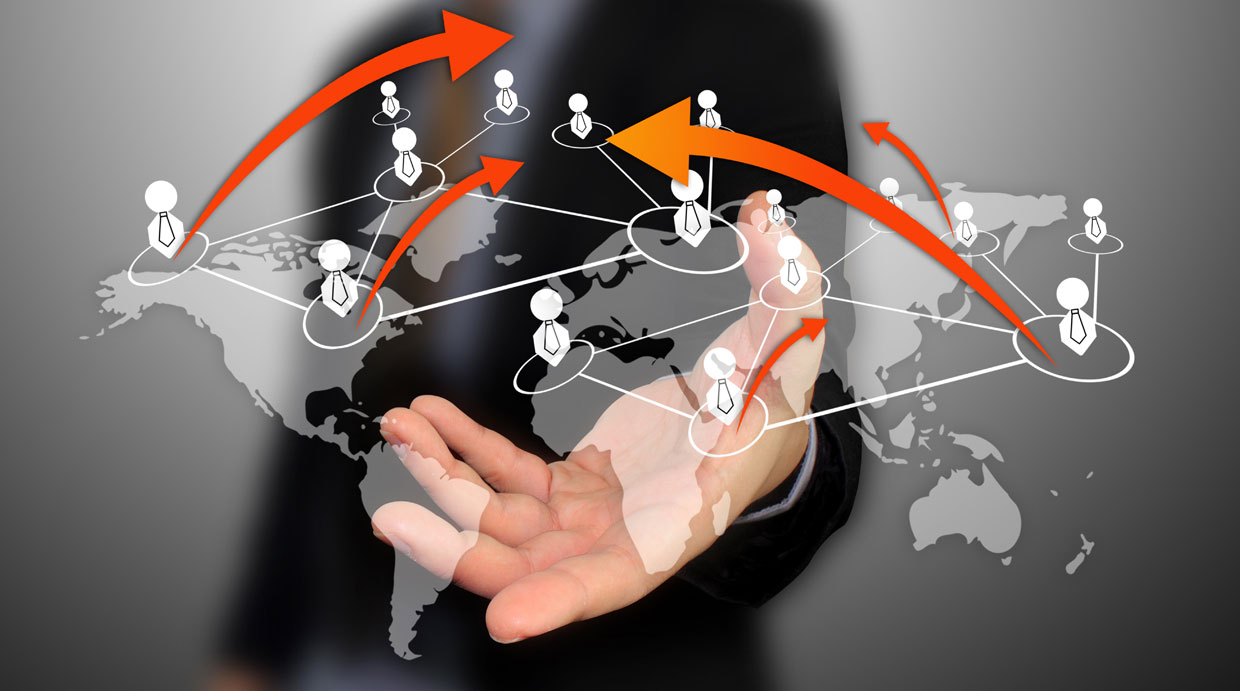 Way back when senior executives in large companies had a simple goal for themselves and their organizations: stability. Shareholders wanted little more than predictable earnings growth. Because so many markets were either closed or undeveloped, leaders could deliver on those expectations through annual exercises that offered only modest modifications to the strategic plan. Prices stayed in check; people stayed in their jobs; life was good.

Market transparency, labor mobility, global capital flows, and instantaneous communications have blown that comfortable scenario to smithereens. In most industries — and in almost all companies, from giants on down — heightened global competition has concentrated management’s collective mind on something that, in the past, it happily avoided: change. Successful companies have a culture that just keeps moving all the time.

This presents most senior executives with an unfamiliar challenge. In major transformations of large enterprises, they and their advisors conventionally focus their attention on devising the best strategic and tactical plans. But to succeed, they also must have an intimate understanding of the human side of change management — the alignment of the company’s culture, values, people, and behaviors — to encourage the desired results. Plans themselves do not capture value; value is realized only through the sustained, collective actions of the thousands — perhaps the tens of thousands — of employees who are responsible for designing, executing, and living with the changed environment.

Scale (the change affects all or most of the organization)
Magnitude (it involves significant alterations of the status quo)
Duration (it lasts for months, if not years)
Strategic importance.

Yet companies will reap the rewards only when change occurs at the level of the individual employee.

Many senior executives know this and worry about it. When asked what keeps them up at night, CEOs involved in transformation often say they are concerned about how the work force will react, how they can get their team to work together, and how they will be able to lead their people. They also worry about retaining their company’s unique values and sense of identity and about creating a culture of commitment and performance. Leadership teams that fail to plan for the human side of change often find themselves wondering why their best-laid plans have gone awry.

No single methodology fits every company, but there is a set of practices, tools, and techniques that can be adapted to a variety of situations. What follows is a “Top 10” list of guiding principles for change management. Using these as a systematic, comprehensive framework, executives can understand what to expect, how to manage their own personal change, and how to engage the entire organization in the process.

Any significant transformation creates “people issues.” New leaders will be asked to step up, jobs will be changed, new skills and capabilities must be developed, and employees will be uncertain and resistant. Dealing with these issues on a reactive, case-by-case basis puts speed, morale, and results at risk. A formal approach for managing change — beginning with the leadership team and then engaging key stakeholders and leaders — should be developed early, and adapted often as change moves through the organization. This demands as much data collection and analysis, planning and implementation discipline as does a redesign of strategy, systems, or processes. The change-management approach should be fully integrated into program design and decision making, both informing and enabling strategic direction. It should be based on a realistic assessment of the organization’s history, readiness, and capacity to change.

Executive teams that work well together are best positioned for success. They are aligned and committed to the direction of change, understand the culture and behaviors the changes intend to introduce, and can model those changes themselves. At one large transportation company, the senior team rolled out an initiative to improve the efficiency and performance of its corporate and field staff before addressing change issues at the officer level. The initiative realized initial cost savings but stalled as employees began to question the leadership team’s vision and commitment. Only after the leadership team went through the process of aligning and committing to the change initiative was the work force able to deliver downstream results.

As transformation programs progress from defining strategy and setting targets to design and implementation, they affect different levels of the organization. Change efforts must include plans for identifying leaders throughout the company and pushing responsibility for design and implementation down, so that change “cascades” through the organization. At each layer of the organization, the leaders who are identified and trained must be aligned to the company’s vision, equipped to execute their specific mission, and motivated to make change happen.

A major multiline insurer with consistently flat earnings decided to change performance and behavior in preparation for going public. The company followed this “cascading leadership” methodology, training and supporting teams at each stage. First, 10 officers set the strategy, vision, and targets. Next, more than 60 senior executives and managers designed the core of the change initiative. Then 500 leaders from the field drove implementation. The structure remained in place throughout the change program, which doubled the company’s earnings far ahead of schedule. This approach is also a superb way for a company to identify its next generation of leadership.

Three steps should be followed in developing the case: First, confront reality and articulate a convincing need for change. Second, demonstrate faith that the company has a viable future and the leadership to get there. Finally, provide a road map to guide behavior and decision making. Leaders must then customize this message for various internal audiences, describing the pending change in terms that matter to the individuals.

A consumer packaged-goods company experiencing years of steadily declining earnings determined that it needed to significantly restructure its operations — instituting, among other things, a 30 percent work force reduction — to remain competitive. In a series of offsite meetings, the executive team built a brutally honest business case that downsizing was the only way to keep the business viable, and drew on the company’s proud heritage to craft a compelling vision to lead the company forward. By confronting reality and helping employees understand the necessity for change, leaders were able to motivate the organization to follow the new direction in the midst of the largest downsizing in the company’s history. Instead of being shell-shocked and demoralized, those who stayed felt a renewed resolve to help the enterprise advance.

At a large health-care organization that was moving to a shared-services model for administrative support, the first department to create detailed designs for the new organization was human resources. Its personnel worked with advisors in cross-functional teams for more than six months. But as the designs were being finalized, top departmental executives began to resist the move to implementation. While agreeing that the work was top-notch, the executives realized they hadn’t invested enough individual time in the design process to feel the ownership required to begin implementation. On the basis of their feedback, the process was modified to include a “deep dive.” The departmental executives worked with the design teams to learn more, and get further exposure to changes that would occur. This was the turning point; the transition then happened quickly. It also created a forum for top executives to work as a team, creating a sense of alignment and unity that the group hadn’t felt before.

Too often, change leaders make the mistake of believing that others understand the issues, feel the need to change, and see the new direction as clearly as they do. The best change programs reinforce core messages through regular, timely advice that is both inspirational and practicable. Communications flow in from the bottom and out from the top, and are targeted to provide employees the right information at the right time and to solicit their input and feedback. Often this will require over communication through multiple, redundant channels.

In the late 1990s, the commissioner of the Internal Revenue Service, Charles O. Rossotti, had a vision: The IRS could treat taxpayers as customers and turn a feared bureaucracy into a world-class service organization. Getting more than 100,000 employees to think and act differently required more than just systems redesign and process change. IRS leadership designed and executed an ambitious communications program including daily voice mails from the commissioner and his top staff, training sessions, videotapes, newsletters, and town hall meetings that continued through the transformation. Timely, constant, practical communication was at the heart of the program, which brought the IRS’s customer ratings from the lowest in various surveys to its current ranking above the likes of McDonald’s and most airlines.

Company culture is an amalgam of shared history, explicit values and beliefs, and common attitudes and behaviors. Change programs can involve creating a culture (in new companies or those built through multiple acquisitions), combining cultures (in mergers or acquisitions of large companies), or reinforcing cultures (in, say, long-established consumer goods or manufacturing companies). Understanding that all companies have a cultural center — the locus of thought, activity, influence, or personal identification — is often an effective way to jump-start culture change.

A consumer goods company with a suite of premium brands determined that business realities demanded a greater focus on profitability and bottom-line accountability. In addition to redesigning metrics and incentives, it developed a plan to systematically change the company’s culture, beginning with marketing, the company’s historical center. It brought the marketing staff into the process early to create enthusiasts for the new philosophy who adapted marketing campaigns, spending plans, and incentive programs to be more accountable. Seeing these culture leaders grab onto the new program, the rest of the company quickly fell in line.

Most leaders contemplating change know that people matter. It is all too tempting, however, to dwell on the plans and processes, which don’t talk back and don’t respond emotionally, rather than face up to the more difficult and more critical human issues. But mastering the “soft” side of change management needn’t be a mystery.