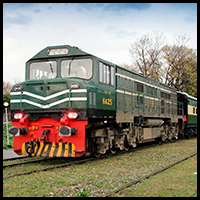 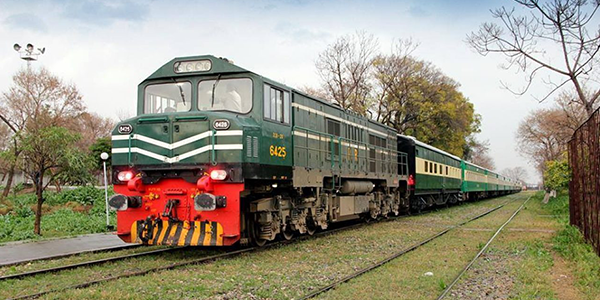 Pakistan Railways is a single major mode of transport in public sector contributing to growth and promoting national integration.

Pakistan Railways comprises of total 470 locomotives including 458 Diesel Engines and 12 Steam Engines for 7791 kilometers of route across the country.

During July 2018- February 2019, Pakistan Railways gross earnings grew by 10.3 per cent and amounted to Rs 34066.1 million against Rs 30891.1 million during the same period during the previous financial year. During the period under report, number of passengers carried increased to 39.9 million against 35.9 million during the corresponding period last year thus posting a growth of 11.0 per cent. Likewise, passenger traffic kilometers (million), freight carried tonnes million and freight tons kilometers (million) had also grew by 11.9 per cent, 2.9 per cent and 7.8 per cent respectively.

Pakistan Railways plans to continue work on as many as 23 major and minor development projects besides taking couple of new initiatives during current financial year 2019-20.

According to the information gathered from official quarters concerned, Pakistan Railways will continue work on the projects for Doubling/Improvement of existing track from Port Qasim to Bin Qasim Station, rehabilitation of 300 Traction Motors, mechanization of track maintenance as a pilot project, special repair of 100 Diesel Electric Locomotives, Procurement/ Manufacture of 75 new Diesel Electric Locomotives (revised) Reconstruction of Assets Damaged during the 2010 floods, Rehabilitatyion and extension of Concrete Sleeper Factory at Khanewal and Sukkur, Rehabilitation of Rolling Stock and Track, Replacement of Old and Obsolete Signal Gear from Lodharan-Multan-Khanewal-Shahdara Bagh Mainline Section of Pakistan Railways (revised) and Renovation and Up-gradation of major railway stations among others.

The new initiatives likely to be undertaken during the ongoing financial year are procurement of new rolling stock, improvement of signaling system, feasibility study for provision of new rail links from Gwadar to the rest of the Railways network to facilitate functioning of the Gwadar Deep Sea Water Port, Feasibility study for connection of Thar Coal to Main Line and commercial feasibility for new double track from Hyderabad to Karachi as well as initiation of work for upgradation of mainline (ML-1) from Karachi to Peshawar and development of dry port at Havelian under the CPEC.

Total estimated cost of all approved and unapproved development schemes listed in the Public Sector Development Programme (PSDP) of the Federal Government for financial year is Rs 486666.885 million against an estimated total amount of Rs 104650.912 million has been reported utilized by end June 2019.Detailed facts and figures in this regard will be given some other time, please. At least four development projects, which have been under implementations for some years, have already suffered from time and cost escalation and will be dilated upon separately later.