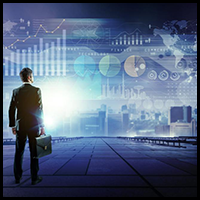 An Insight into Information and Communication Technology Sector 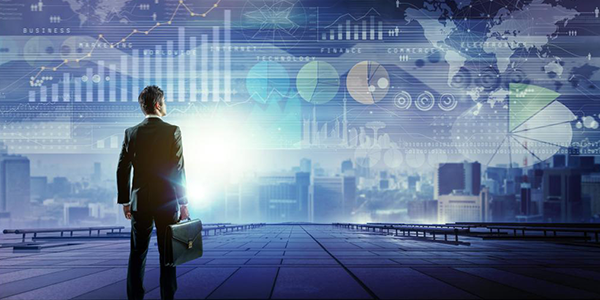 The world is moving fast towards  5G,Industrial Internet of Things (IIoT) and Artificial  Intelligence (AI), the key technologies for Fourth Industrial Revolution (4IR). With the advent of 4IR, new opportunities of prosperity are being created. The new wealth  creation paradigm is based on data-intensive decision systems. Therefore, we have to harness, these ICT innovations for national wealth  creation.

Pakistan  stands at a juncture of time where we can become part of and surf the rising wave  of new technological era to be counted  in the global arena. Now it is high time  to expand on  our accomplishments  and put concerted efforts into other areas as well, especially  extensive  utilization of ICTs  in industry, agriculture and other sectors of the national economy.

A multi-dimensional and holistic approach  would quite obviously enable us to become  more competitive. The work has already been started in some areas, which need to be  further built upon in future.

In the Information Technology Sector, National Incubation Centres ( NICs) have been established at Islamabad, Karachi, Lahore, Peshawar and Quetta, federal and provincial capitals. Currently  more than 200 start-ups are housed  in these facilities, many of these start-ups have the potential to create marketable products  and services have been approved for appropriate funding in this regard.

As of latest information available  from Pakistan Telecommunication Authority (PTA), as of February 2019, in  Telecommunication Sector, cellular  tele-industry  had increased  from 72 per cent to 75 per cent. The 3G/4G broadband services had also accordingly further increased  subscribers from 49 million to appreciable figures of 65 million.

It is worth mentioning that Pakistan’s growing ECT sector is lowest ranked  amongst South Asian countries. It is ranked at 127 in ICT adoption out of 140 economies, while India is at 117, Bangladesh  at 102, Nepal at 101, and Sri Lanka at 109 all are ahead. Republic of Korea is ranked at one  in this respect.

In innovation capabilities,Pakistan is ranked at 76, while India is ranked  at 31, China, Singapore, Korea and Malaysia are ranked at  24, 14, 8 and 30 respectively. The leader in Innovation Capability  is Germany.

Quite obviously, it is pretty evident that Pakistan is much behind  on most of the dimensions  even in the regional context. The other countries are moving very fast , as compared to Pakistan unfortunately, thus creating a bigger gap and posing  a serious challenge to us for catching with them at the earliest.

Some of the major projects executed in the ICT sector during 2019-19 were;

Pakistan Space Centre (PSC) was approved  which aims to establish  an indigenous  facility for development  of satellites  in accordance with  the  international space standards. The space centre will  lave the capability to  carry out  manufacturing, testing, system level assembly, integration, launching and operations of various types of satellites.

Pakistan Muslti-Mission Satellite (Pak-Sat-MMI)  is also planned during the current financial year which will cater to the demand of Direct-To-Home (DTH) , High-Throughput Services (HTS)/Broadband Internet and Strategic SatComm.PC-11 has already been approved and during the current fiscal, PC-1 will be submitted for approval and subsequent execution of the project.

Technical Training Institute is being established in Gilgit-Baltistan.

Internet and broadband services are being expanded in Gilgit-Baltistan and Azad Jammu and Kashmir.

Technology Parks Development Project was also launched  during the period under report. For this assistance of Korea has been sought and loan agreement was also signed too. Feasibility of the project was completed during the year and boundary wall  and other allied work such as design, consultancy etc is in progress.

PrevPreviousHousing Infrastructure; The social responsibility of Today’s Architect
NextGovernment focuses on the completion of important Transport and Communication projects under PSDP 2019-20Next