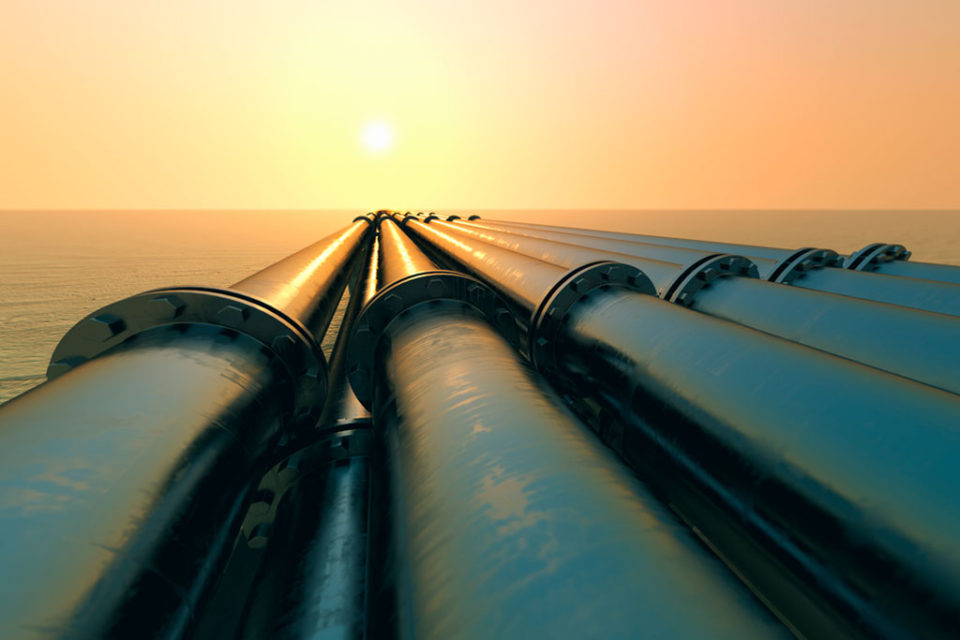 Azerbaijan inaugurated part of an ambitious $40-billion pipeline complex that will create the first direct route to transport gas from one of the world’s largest fields to Europe bypassing Russia.

“With this project we are creating a new energy map of Europe,” Azerbaijani President Ilham Aliyev said in a televised ceremony where he turned on the taps at Sangachal Terminal, a gas processing facility located some 55 kilometres (35 miles) southwest of the capital Baku.

The Southern Gas Corridor aims to transport gas 3,500 kilometres from the Caspian Sea to Europe through three interconnected pipelines as the West is looking to reduce its reliance on Russian energy.

Aliyev praised support from the United States, Britain and the European Union and noted “strong regional cooperation between Azerbaijan, Turkey and Georgia” in implementing the project involving seven countries and 11 companies.

“This project takes into account the interests of everyone — suppliers of gas, transit countries and consumers,” Aliyev said.

“If it were not for the balance of interests then the project would not exist,” he said at the ceremony attended by foreign dignitaries including OPEC Secretary General Mohammad Sanusi Barkindo.

The $40-billion (35-billion-euro) project consists of three linked pipelines that will bring gas from the vast Azerbaijani Shah Deniz 2 field across Azerbaijan, Georgia, Turkey, Greece, Albania and the Adriatic Sea to southern Italy.

The South Caucasus Pipeline from Azerbaijan will transport gas to Turkey, where it will feed into Trans-Anatolian Natural Gas Pipeline, or TANAP, which is expected to be formally launched next month.

From Turkey, a new Trans-Adriatic Pipeline still under construction will take the gas on to Italy.

The Southen Gas Corridor will compete with the Russian-built TurkStream pipeline that will pump Russian gas under Turkish waters in the Black Sea towards Europe.

Turkish President Recep Tayyip Erdogan, whose country is now placed in a hugely strategic position regarding gas supplies, praised TANAP as a project that will “change the region’s future”.

Ilham Shaban, the head of the Oil Research Center in Baku, said the project would help turn oil-rich Azerbaijan into a key gas player.

“Since 2007 Azerbaijan has been selling its gas only on the regional level,” Shaban informed.

“The infrastructure will allow it to ramp up supplies of Azerbaijani gas with each year and export 31 billion cubic metres of gas annually in 10 years.”